Identifying the real Hitachi Magic Wand versus replica Magic Wands could be very difficult due to similar imitations available from unethical manufacturers.  There has been a huge increase in replica Hitachi Magic Wand Massagers sold on price-sensitive sites which are tricking consumers all over the world.  Although fake Magic Wand’s look similar to the real thing, there are many differences.  The visual representation below will show you a side by side comparison of the authentic Magic Wand Original HV260, formerly known as the Hitachi Magic Wand HV250R, which is the device we are an authorized retailer for.  For illustration purposes, we purchased a replica Magic Wand from a very popular price-sensitive site to show you the difference.  The intent is for TheOriginalWand.com to educate consumers on how to stop from getting tricked!  Let’s get started: 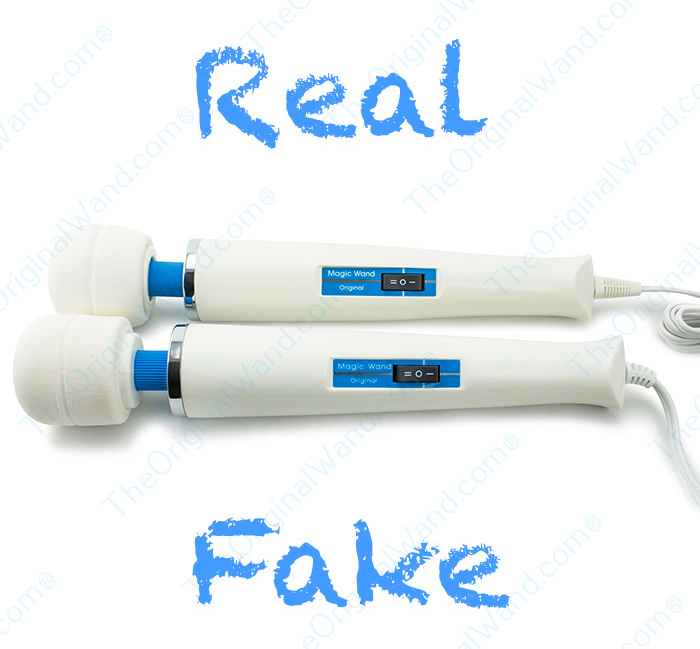 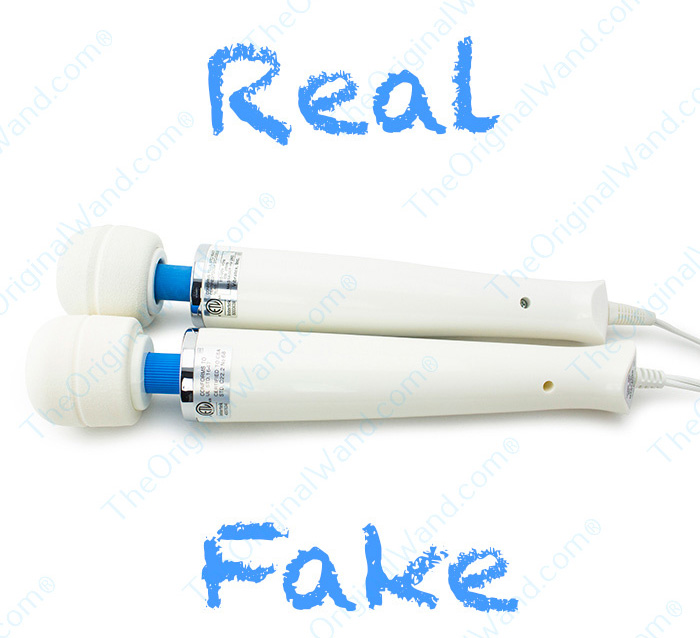 When disassembling the headcover from both wands, you will notice the real Hitachi Magic Wand has a hard plastic head with black electrical tape covered for safety.  Keep in mind that real Magic Wand Massagers were also made with a metal headpiece. The wand massager on the bottom has a cheap plastic cover that is flimsy and not heavy duty by any means. 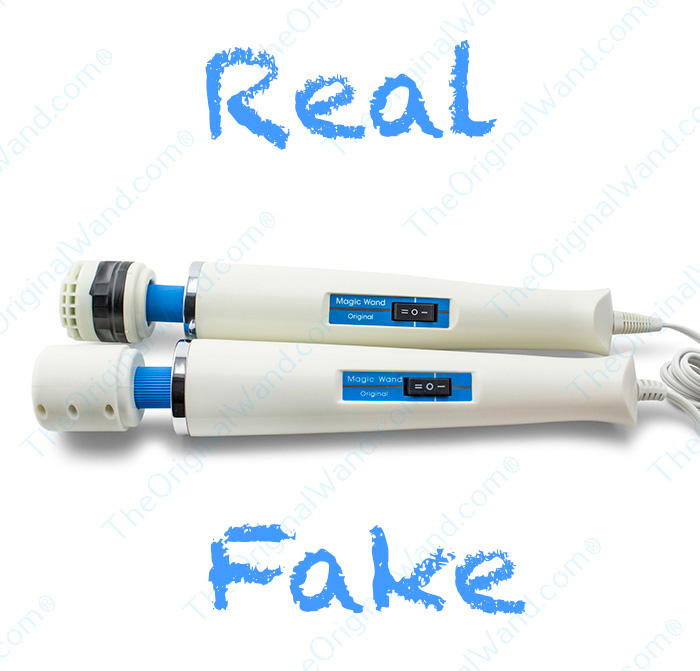 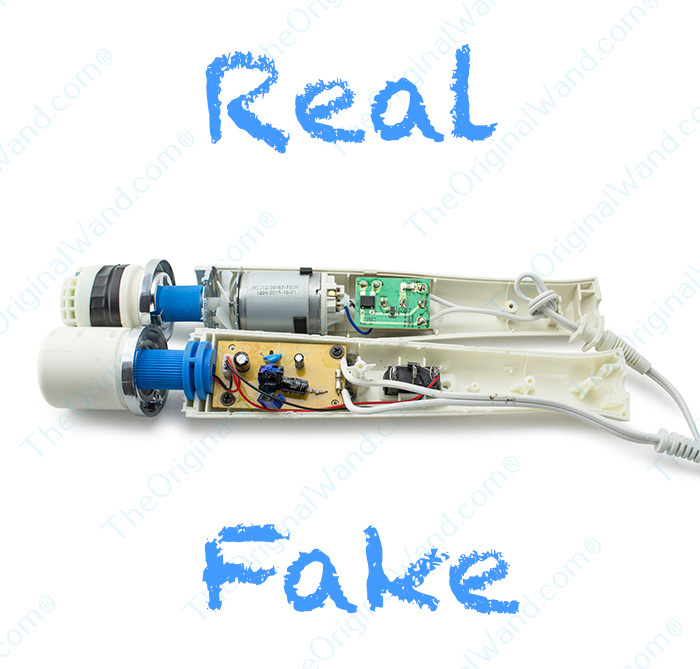 Notice the texture of the different massager headcovers.  The real Magic Wand headcover is round, heavy-duty and very durable.  The fake wand cover head is paper-thin and could be torn with almost no effort. 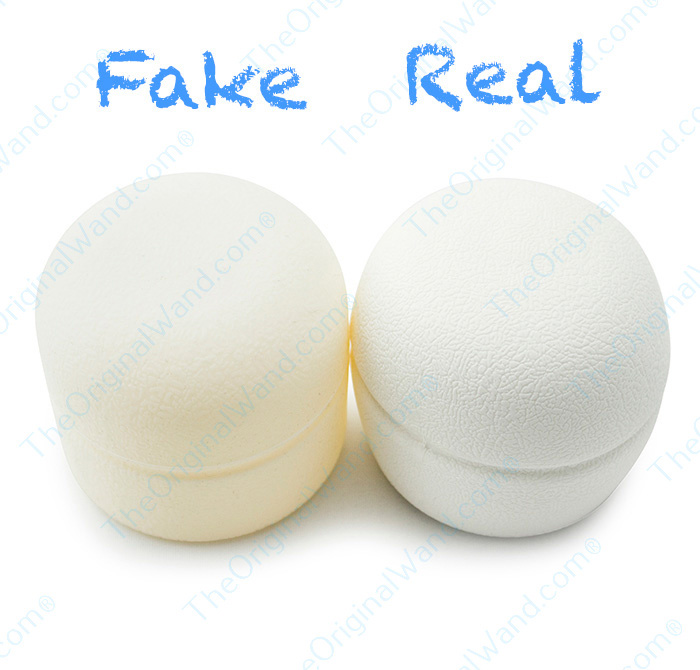 Here is another look inside both massager headcovers.  The real Magic Wand head has a cloth type material inside which makes it much stronger and ready for years of abuse while the fake massager head is paper-thin as mentioned above. 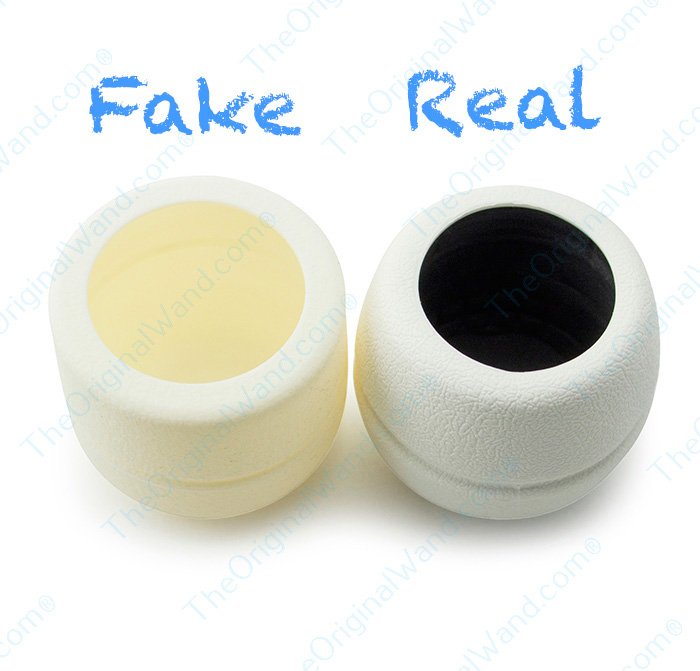 As of August 2019, the Magic Wand Wand Original box has been updated to a sleek, modern design.  The unit itself was not updated so you may or may not receive a Magic Wand with the new box for a short period of time.  The 2019 box is shown directly below in addition to the previous box under.

You can see the color difference of the box between the real Magic Wand Original versus the fake one.  Can you see how most people won’t be able to tell the difference? 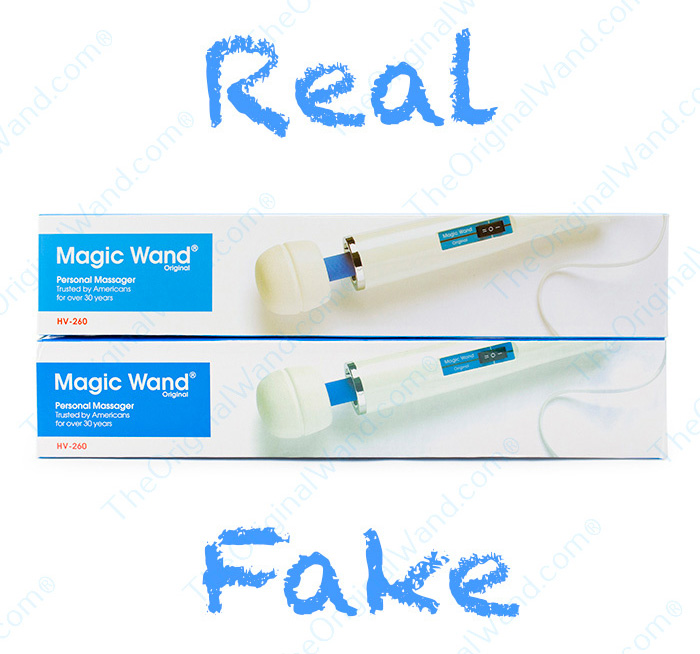 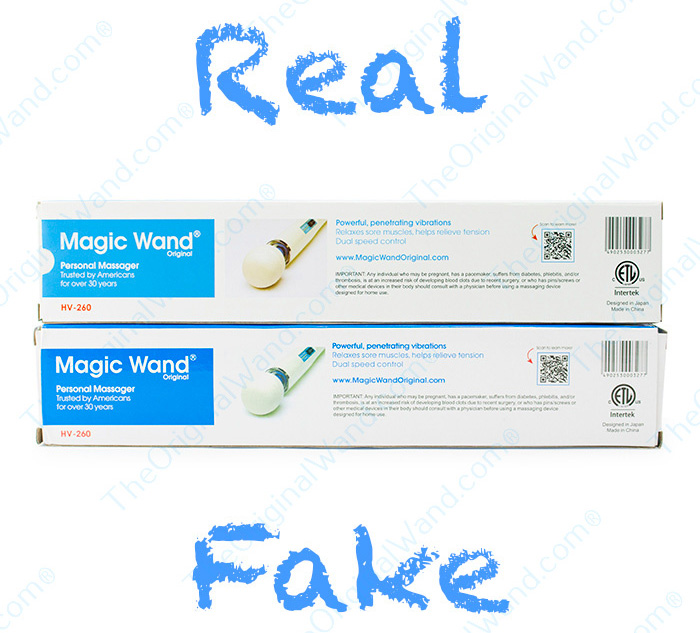 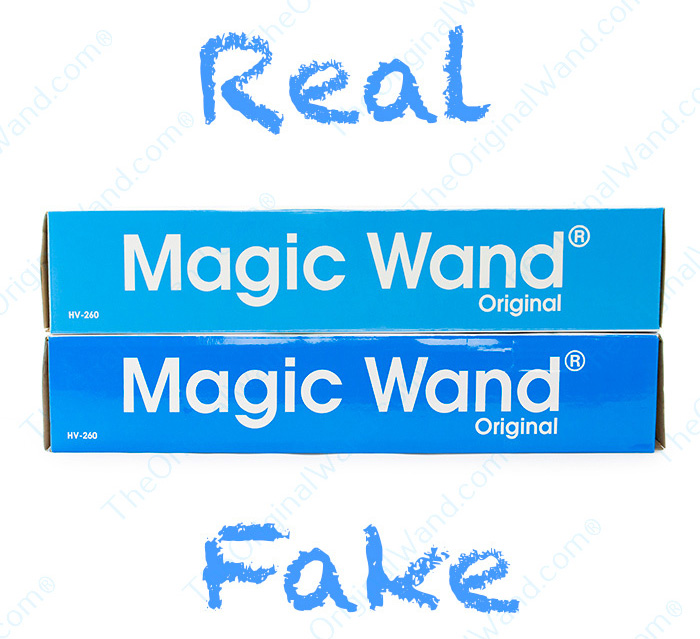 Notice the difference between the real Magic Wand Original seal versus the fake version. 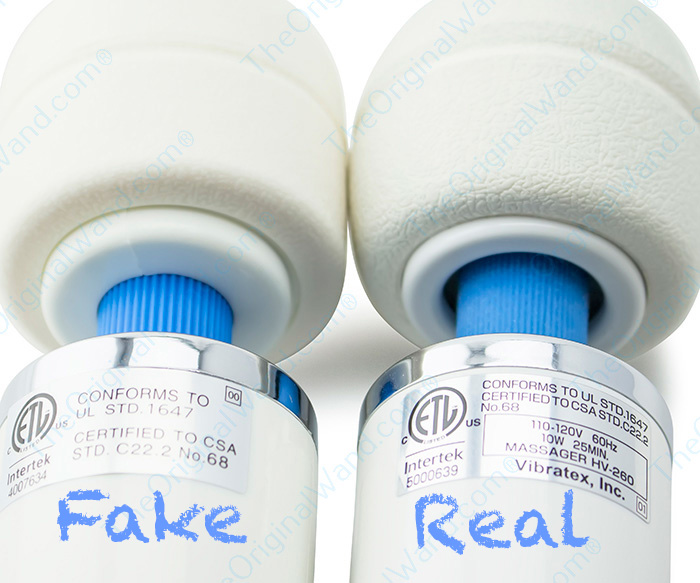 The real Magic Wand has unique serial numbers listed on every single Magic Wand as seen below to the right.  The left, fake massager has a sticker instead of the actual serial number. 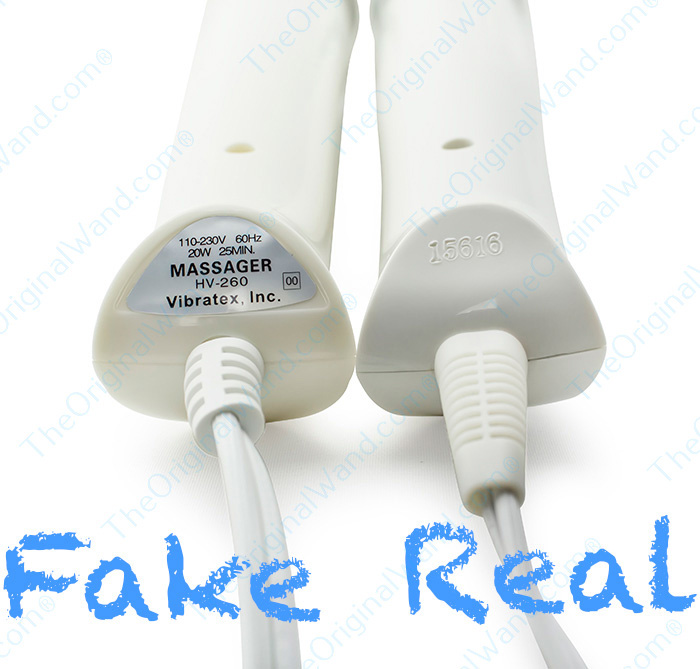 The images above are for illustration purposes.  We do not recommend you disassemble your Hitachi Magic Wand by any means.  In fact, doing so will eliminate your 1 year warranty if you do have an authentic Magic Wand.  As the most reputable source for the Magic Wand Original and Magic Wand Rechargeable, you owe it to yourself to purchase the real deal and avoid electrical malfunctions which could harm your body.  Examples such as electrical fires, massager explosions and other unthinkable results could happen with low quality, replica devices.  We hope this guide has been helpful.  Contact us for assistance on authentic Magic Wand Massagers and we will be more than happy to help.

You were not leaving your cart just like that, right?

Enter your details below to save your shopping cart for later. And, who knows, maybe we will even send you a sweet discount code :)