While sex toys or vibrators are something that can easily be enjoyed by yourself, when you are alone, they are also something that can give you a lot of pleasure when you are having some fun with a friend or partner. Of course there’s lots of fun things that you can do with your partner, but one of the most exciting way to expand your sexual horizons is to try little bit of light bondage and discipline (generally referred to as BDSM) with some kinky sex toys. In this article we give you a few suggestions on how to spice it up in the bedroom.

The pleasure in being restrained 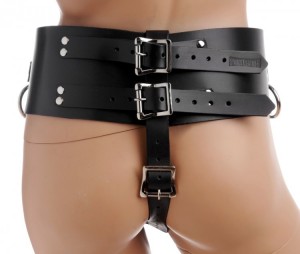 One thought on “The perfect kinky sex toys for couples”