Personal massagers and the power behind them

If you have watched the television series ‘Sex and the City’ you’ll appreciate that even though the people that manufacturers and sell personal massagers may think that they’re only possible use is for relieving tension in tired muscles, but for over thirty years the women of the world (and increasingly the men) have discovered that personal massagers can be an exciting and stimulating masturbation aid. Whenever I see advertisements for personal massagers I always remember Samantha Jones having an argument with a sales clerk who was insisting that the massager that she was buying was only to be used as a neck massager, but she loudly, forcibly, and explicitly explained that personal masses also made very effective vibrators.

We have the power 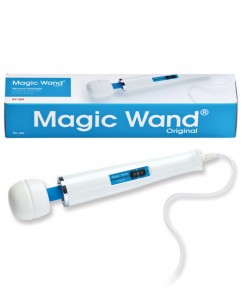 One of the key features of personal massagers is that they have a speed control or speed settings that enable you to manipulate the pleasure that you are experiencing by speeding up and slowing down the intensity of stimulation that you are receiving. For example the Hitachi Magic Wand is controlled by two different speed settings – 5,000 rpm or 6,000 rpm – which can be selected by using the switch on the body of the wand.