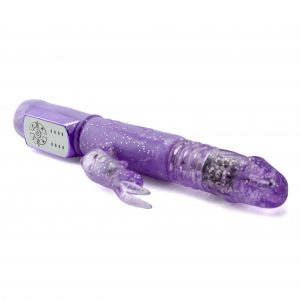 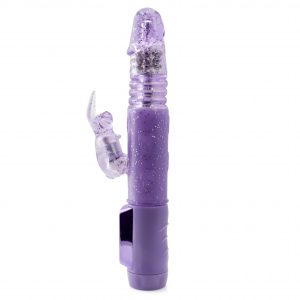 The best part about having your own pet jack rabbit is that you do not have to feed him and he is always ready and available to please you when you want him. Just keep three AAA batteries in the base of your purple jack rabbit and you will never have to beg. On the other hand, if you need him to tuck away discreetly when someone else is around, his quick off button ensures you don’t get caught playing with your favorite bunny.

If your partner wants to get in on the fun, have him or her engage in some oral activity while your jack rabbit works his magic. Together, these two favorite past times can send you to the moon.